Was there ever a Haberdasher so plucky?

Bhekisisa (Black shields) is staring down the barrel of McHearty’s ominous looking gun he orders his men to go to ground.  They do so reluctantly. 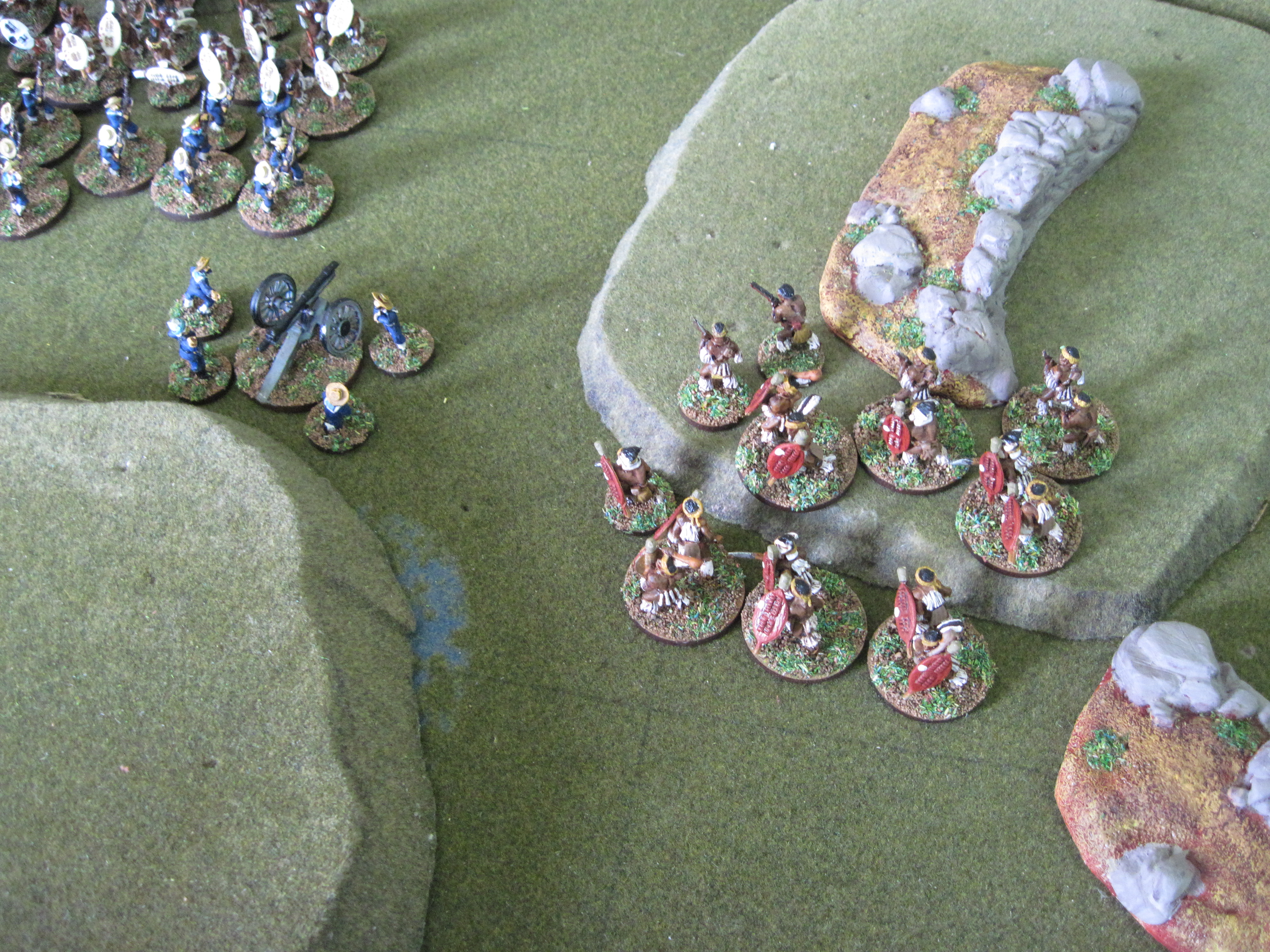 N’Konkoni (Red shields) is now behind the flank of McHearty’s gun and within easy charge distance his warriors begin to sing and to beat their assegais against their shields. 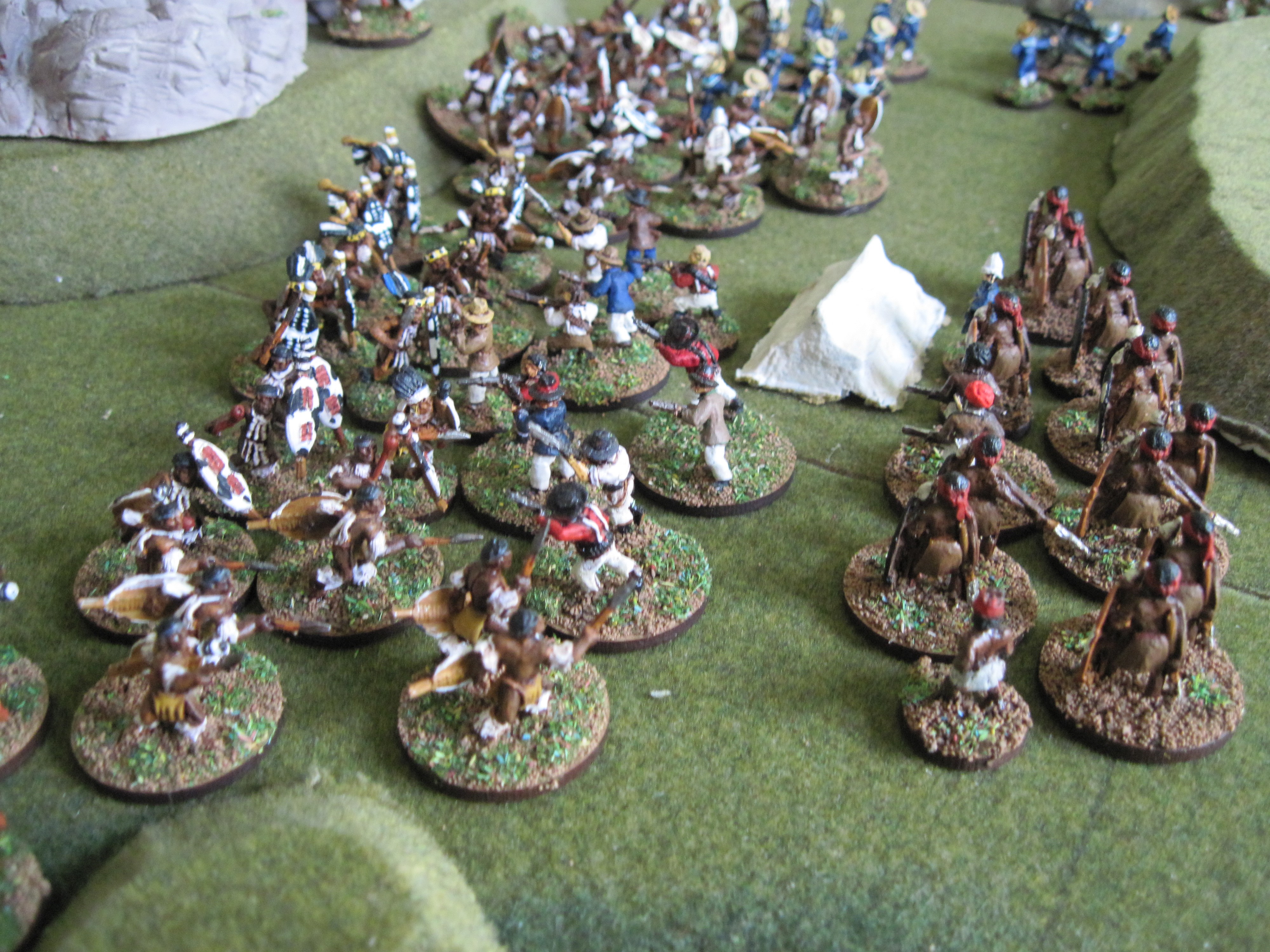 Ibubesi (mixed colour shields) and Indlovu (Black and White shields) tear into Mr Dewhurst’s volunteers at the double.  The volunteers are swiftly overrun but go down fighting causing 6 Zulu casualties, but wait, what’s this? 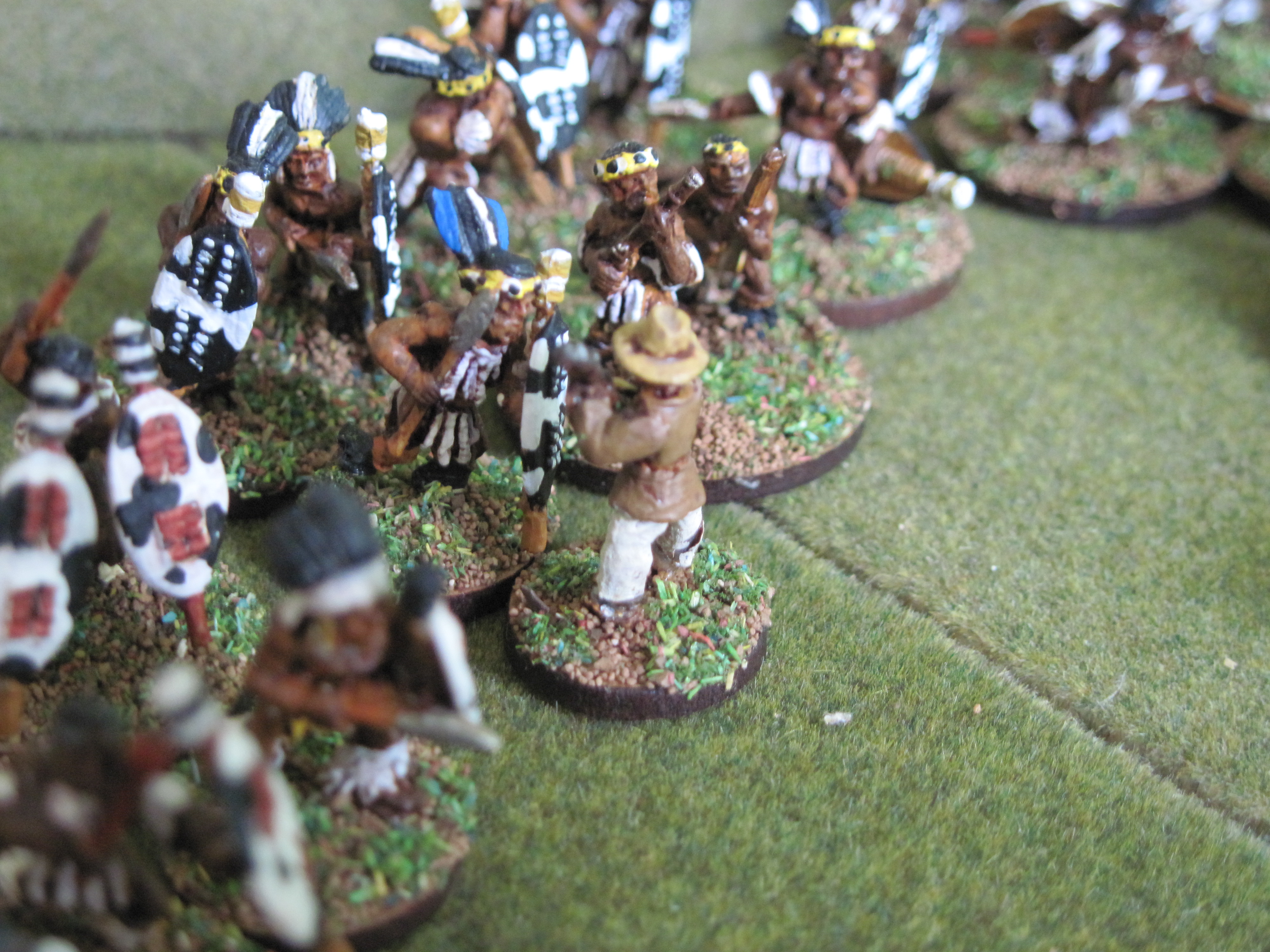 Mr Dewhurst is still on his feet trading blows with Indlovu.  Was there ever a Haberdasher so plucky?

Mapoza sings out the command and his no longer silent warriors roll down the hill in a wave. 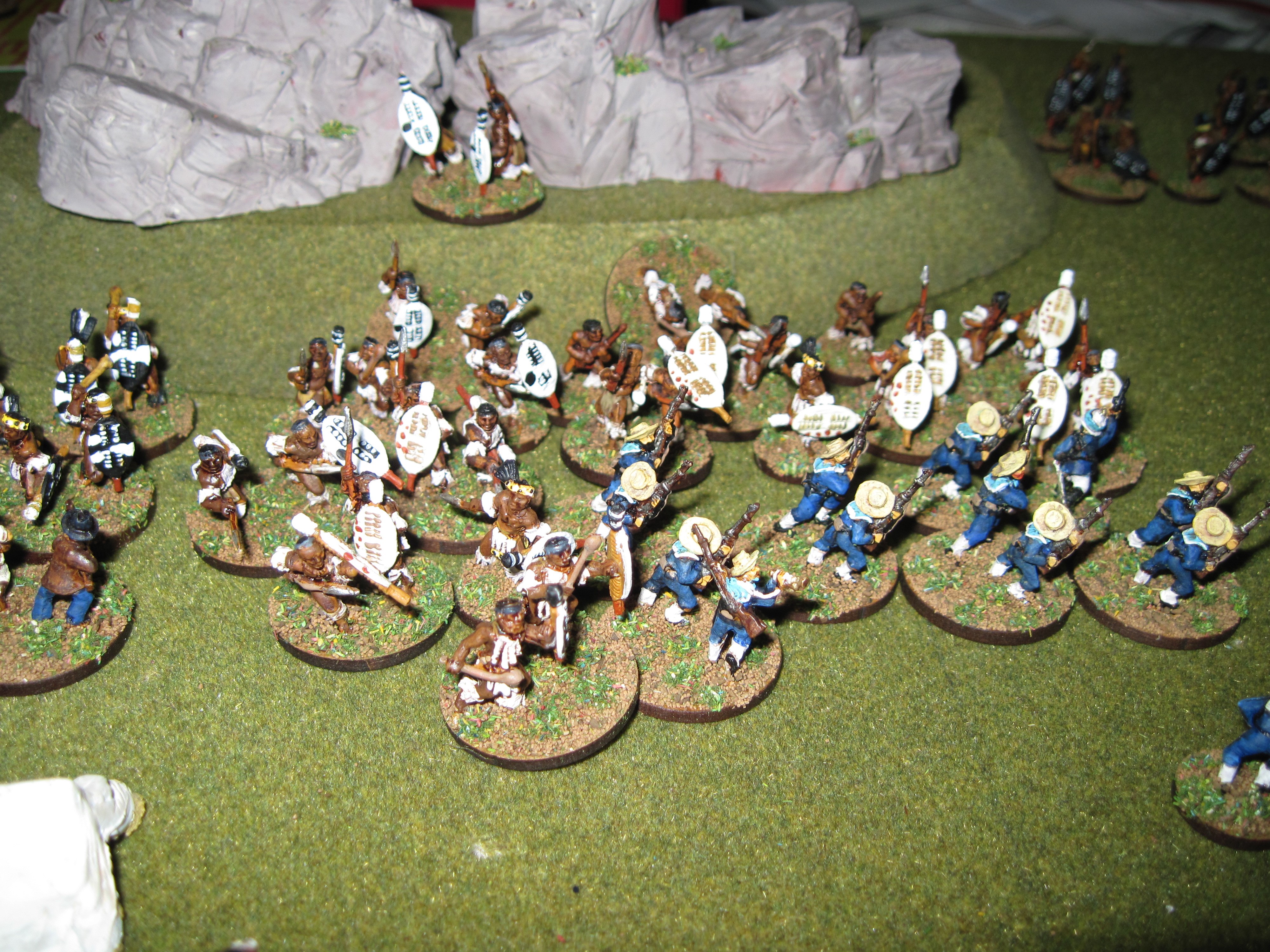 Turvey’s Sailors turn to meet them. “Where did they come from?” Asks the Captain. 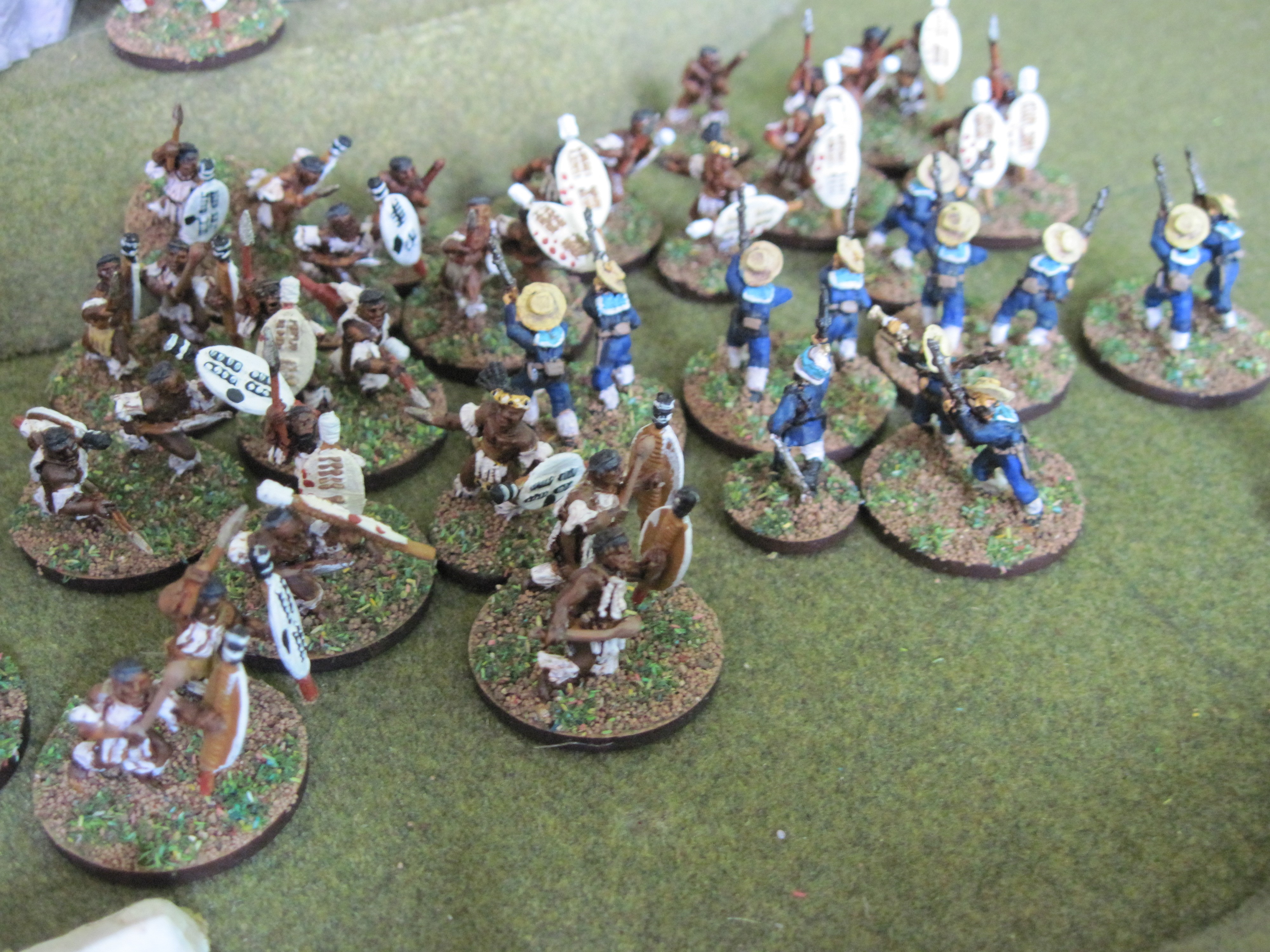 The fighting is fierce and the eight Zulu warriors lie stricken but only five of the Sailors remain on their feet.  Old Topsey is one of them, he’s the very Devil with revolver and sword. 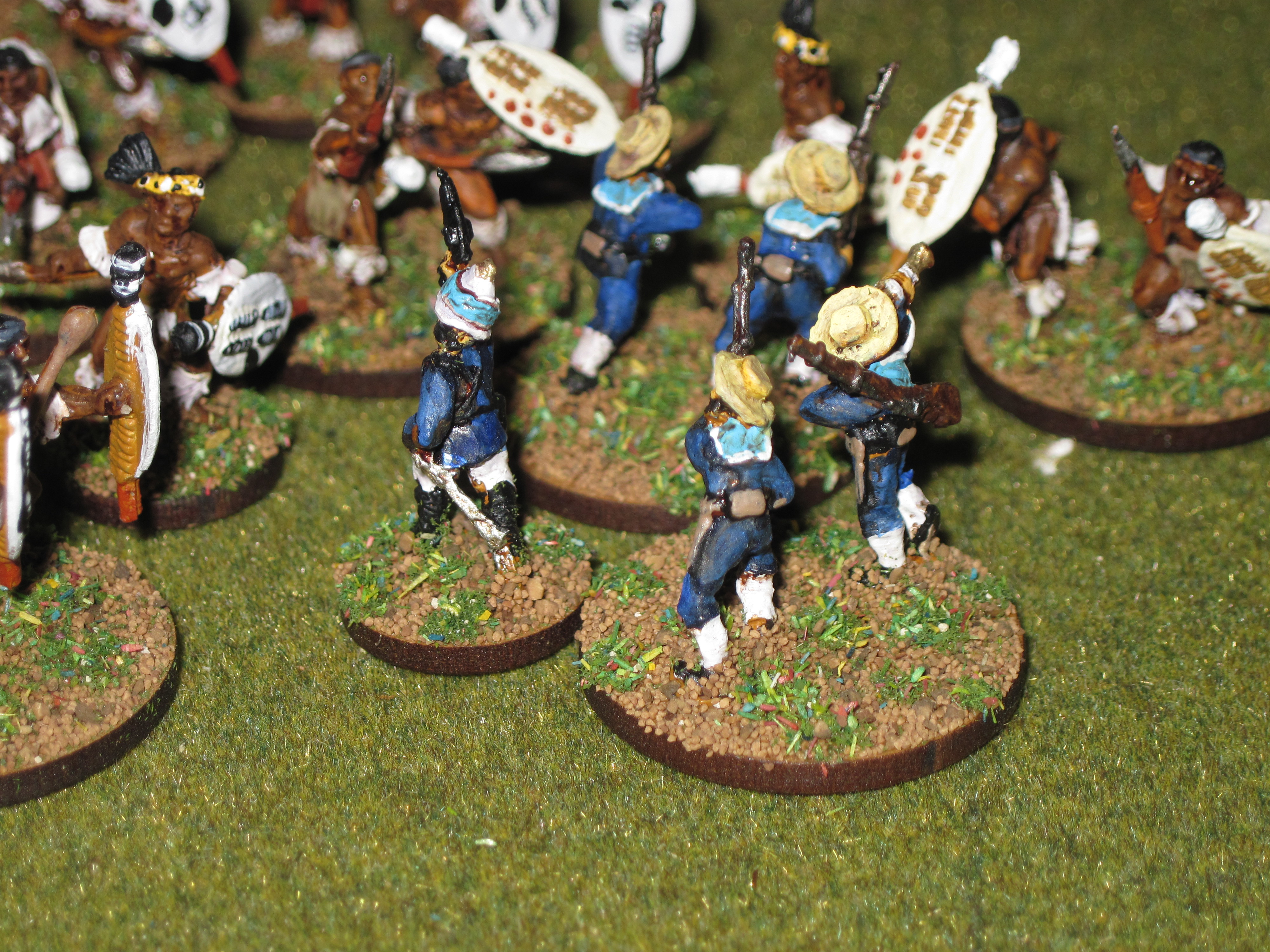 Mc Hearty gets off a shell but then the warriors are on him, he gets one before it’s all over.
Captain Turvey and the Tars fight to the end but it quickly comes.

Sgt Fagan has led his men off at the double and intends to be as far away as possible as quickly as he can.  He will enjoy some fleeting fame as the only (White) survivor of the encounter and be promoted to Inspector.  In due course he will become a magistrate, always strangely popular with the natives.
Posted by Unknown at 07:29