As I ply the shades of grey and brown on my Irregular United Irish Men it comes to me that a bit of variety would be just the thing. Flags, and I've located a few more, cheer things up. 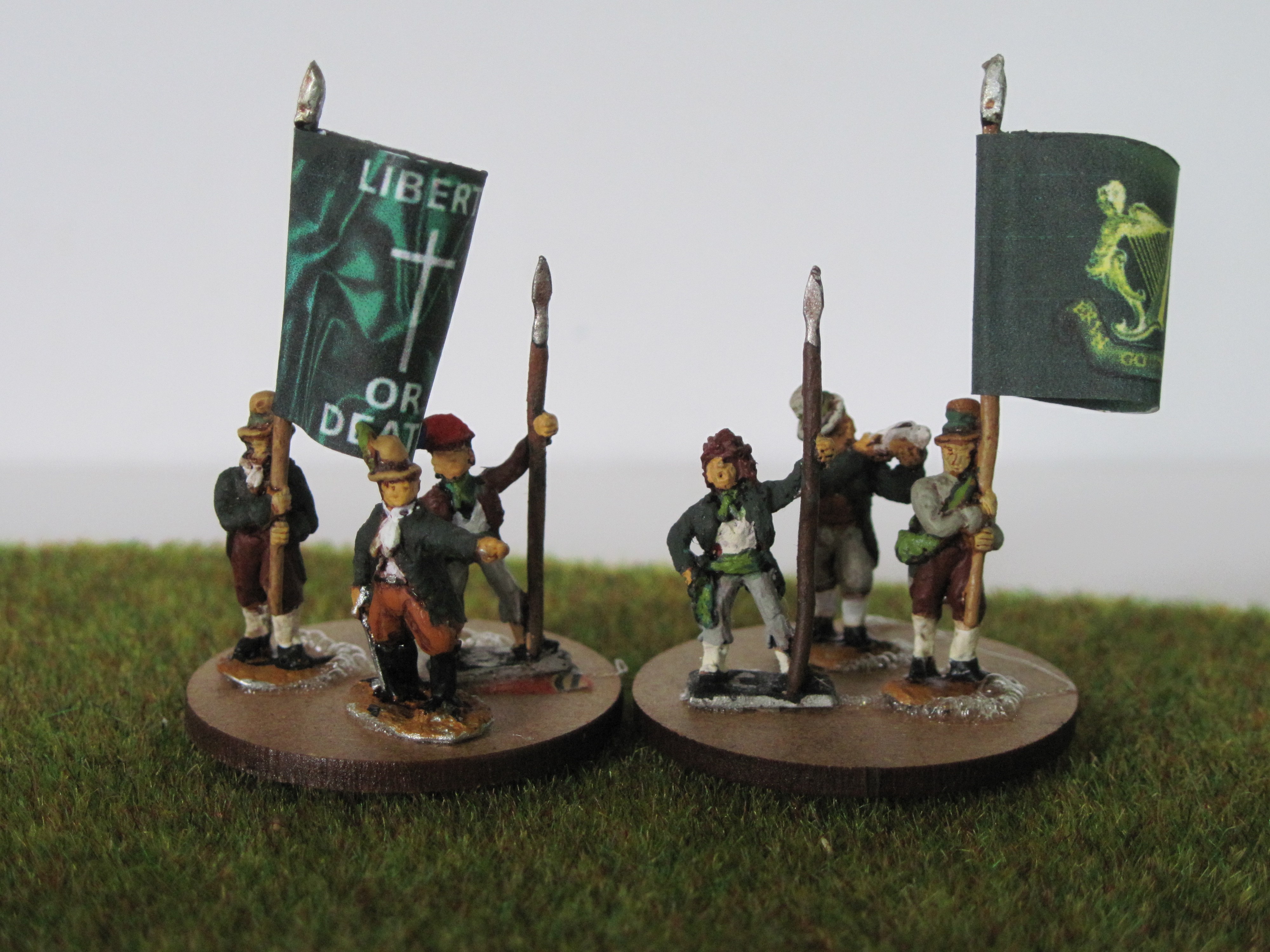 As it happens the bits box produced some old Chariot Miniatures Parisian Mob, bare headed or wearing Liberty Caps and armed with half pike or musket.  Mixed in judiciously they should liven things up nicely-not least because the Republican- minded United Men were often depicted in the self-same Liberty Caps. 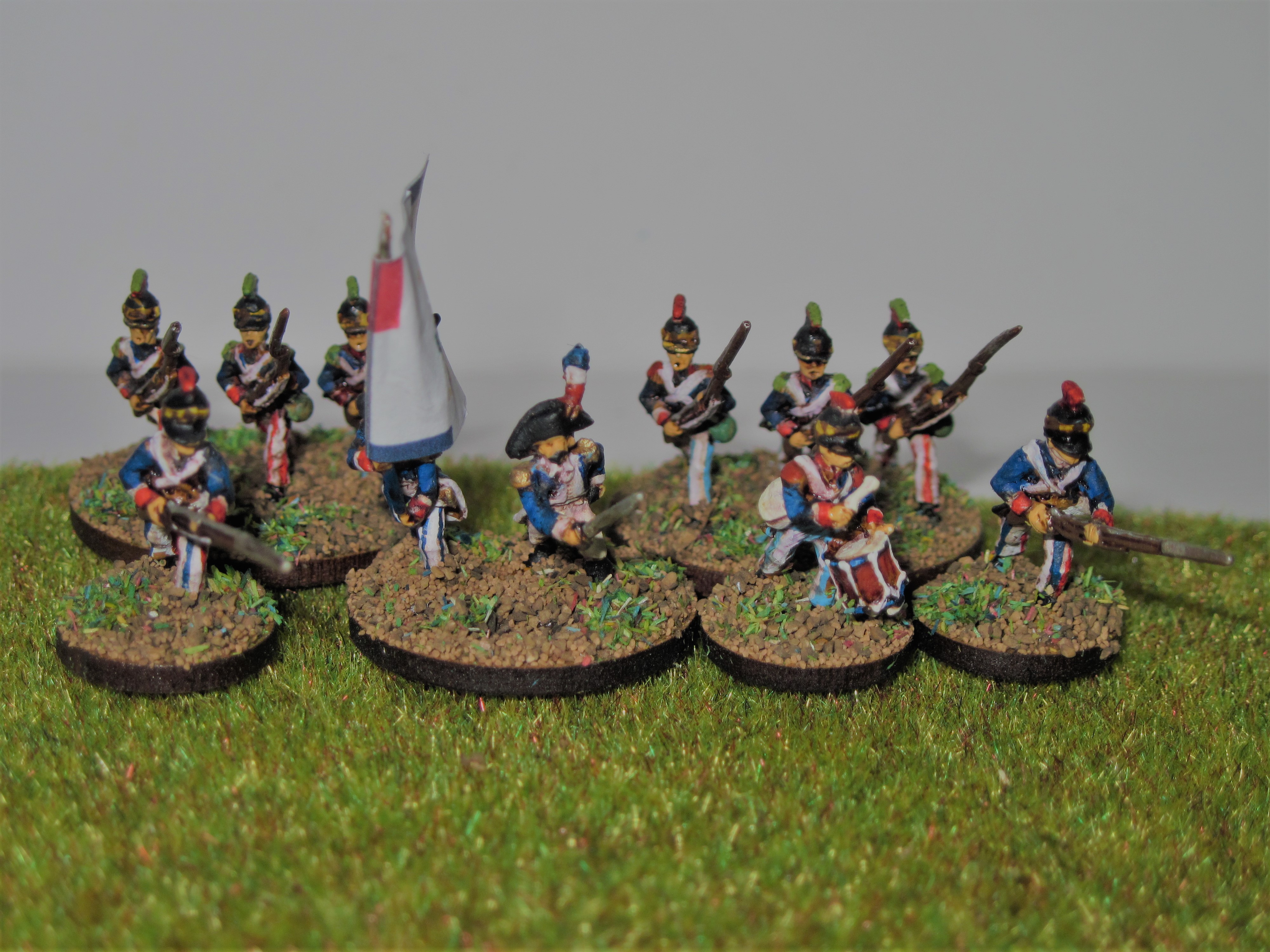 Meanwhile the 70e Demi-Brigade is coming together.  General Humbert’s men were apparently equipped with a wide variety of uniforms old and new.  I’ll be wanting some French grenadiers in Bearskin and hanging plume.  The idea is that three battalions made a Demi-Brigade and two Demi’s a full Brigade. I think I'll go for a Brigade. 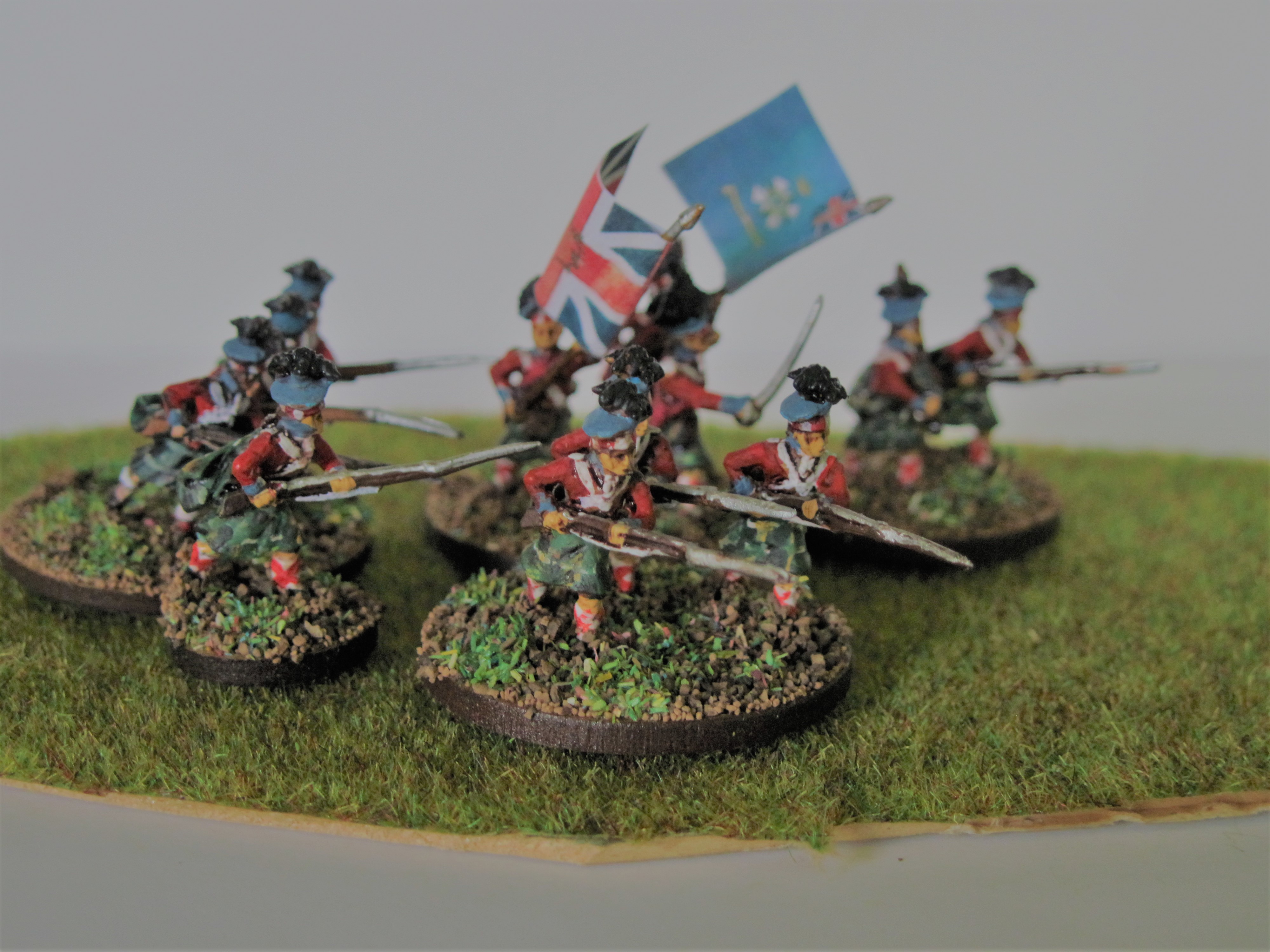 And here are the Reay Fencibles.

It’s all ticking along nicely.
Posted by Unknown at 07:40

Email ThisBlogThis!Share to TwitterShare to FacebookShare to Pinterest
Labels: '98, TPL