Horse and foot Yeomanry for ’98 and based for The Pike Man’s Lament (TPL). 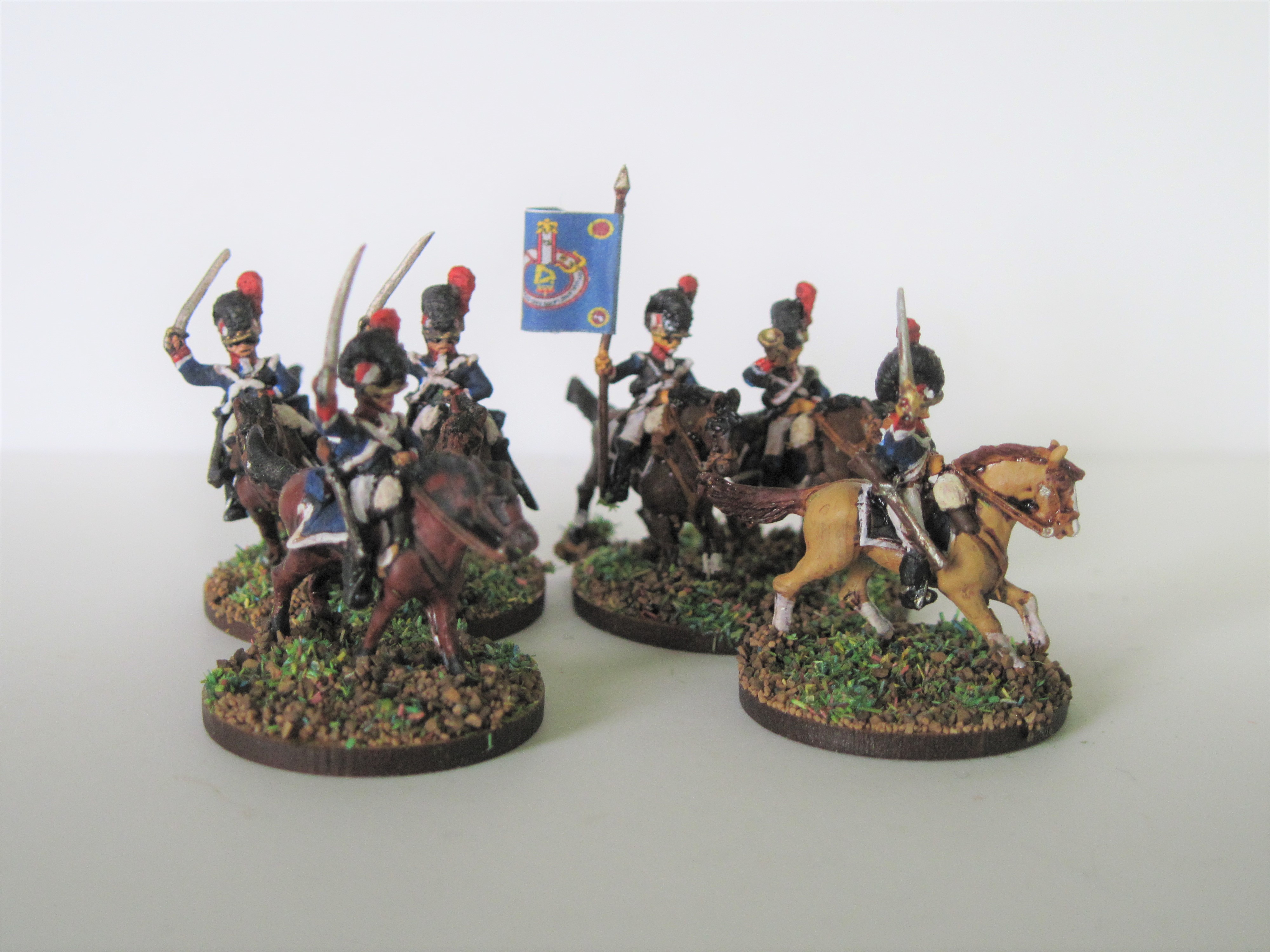 The uniforms and flags are both correct but maybe not in this combination.  I can live with that because the Yeomanry chose their own design of both and paid for them themselves.

The Government supplied the weapons and drill instructors.  The general idea was that the better off would become more closely aligned both with each other and the aims and policies of Government. 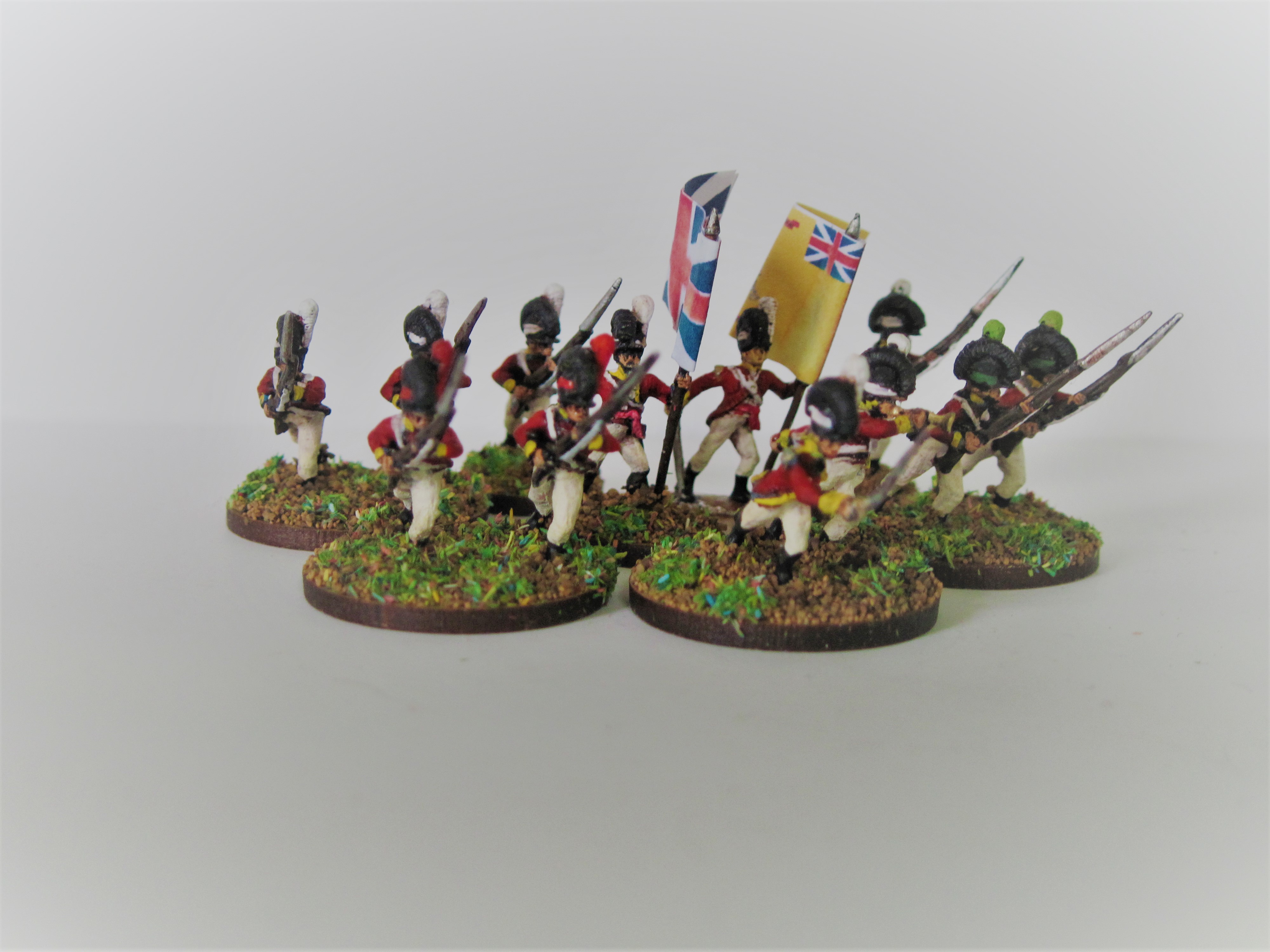 By the time of '98 in Ireland this process had been repeatedly disrupted by shifts in Government policy designed to weed out elements deemed to be suspect. Usually, Yeomanry units were commanded by a local notable and provided an opportunity for patronage and socialising as well as a cost -effective body of armed men. 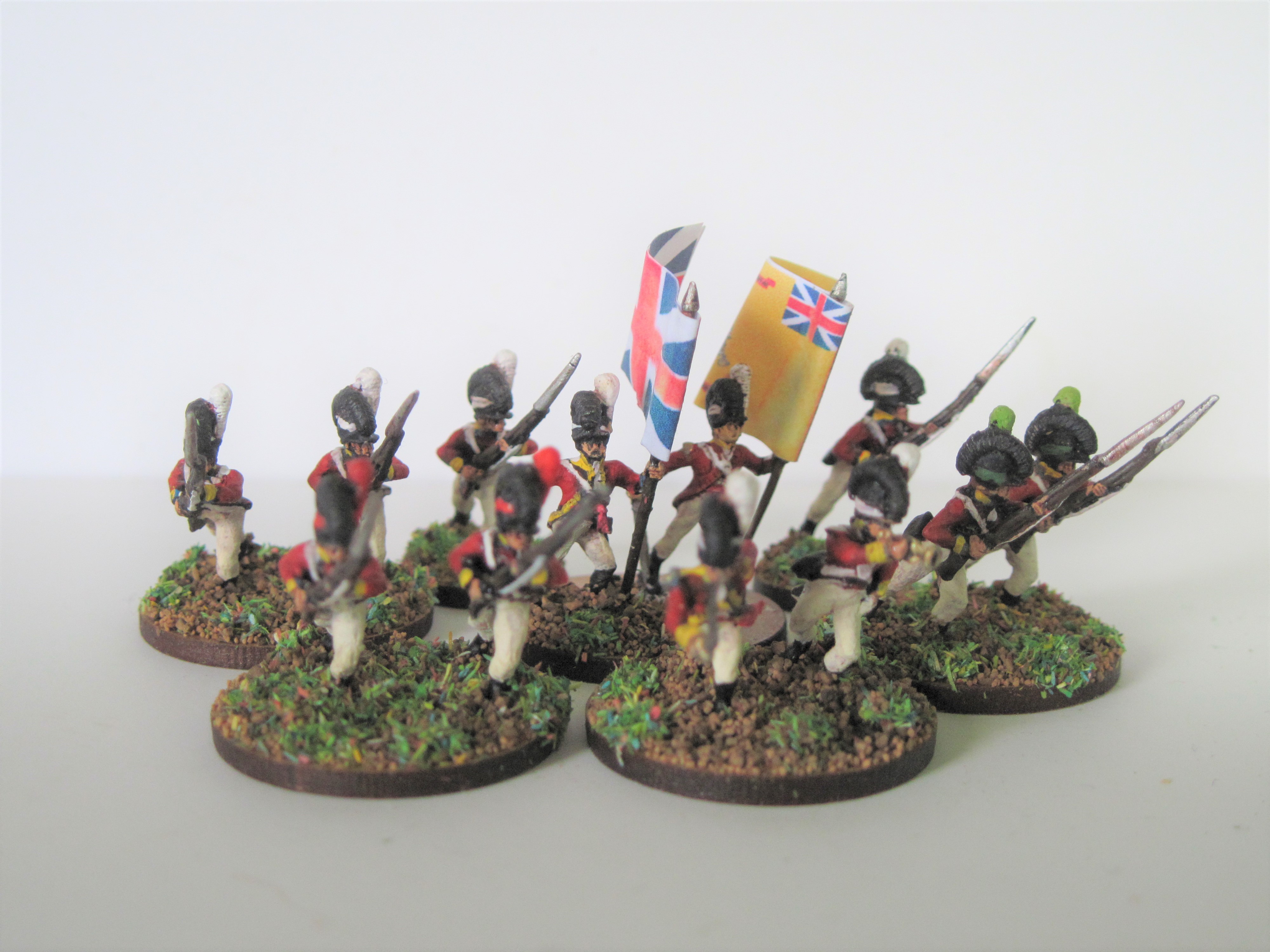 These are Minifigs and once more I find myself appreciating the quality and charm of that brand.  I'm very tempted to add a unit of British regulars in top hats (round hats) just because I like the figures.

I've stepped back from painting up three units of Militia and decided to go for one of Forlorn Hope representing British regulars and one of Militia.  The TPL points value will remain the same.
Posted by Unknown at 05:42

Email ThisBlogThis!Share to TwitterShare to FacebookShare to Pinterest
Labels: '98, TPL